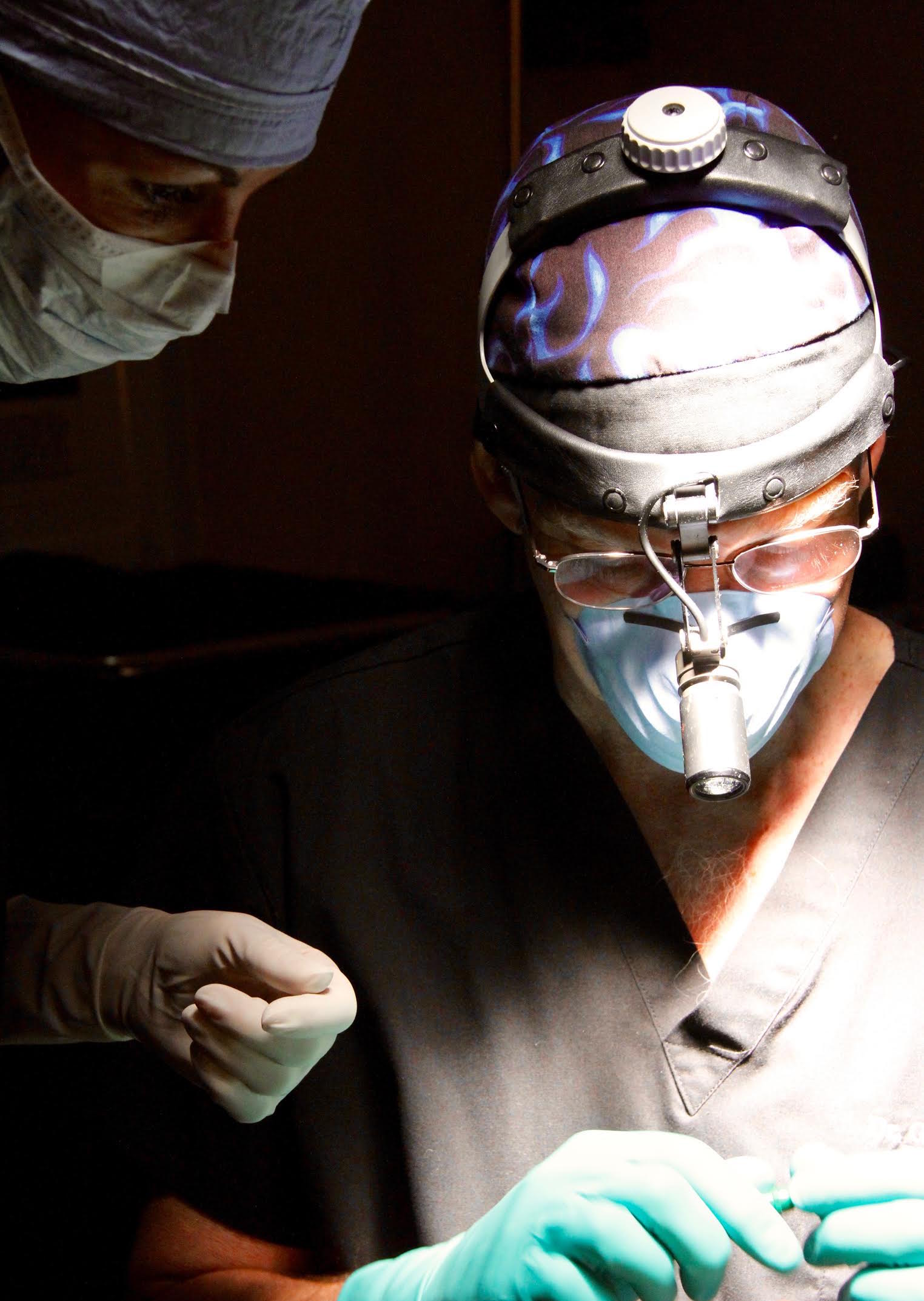 One of the major breakthroughs in understanding the facial aging process in the last 10-15 years has been the realization that soft tissue volume loss is the major factor contributing to the appearance of looking old. Serial, standardized photographs taken over a time span of 20 plus years demonstrate that drooping facial features is not the significant measurable change of aging, but rather deflation of facial volume is the major measurable factor of that change. Dr. Neurohr has recognized this problem of aging since the late 1980’s, and has long been an avid proponent of volume restoration for facial rejuvenation. Cheek implants were touted as a means to restore the “apple cheeks” of youth, but Dr. Neurohr recognized that they also changed the structure of the face, and made the patients look different. They were fine if cheek augmentation improved a patient’s anatomic deficiency, but in most people, it made them look a little strange.

Fat grafting has been around for many, many years, and has been used quite extensively in reconstructive surgery, often in the form of dermal-fat grafts, and other direct fat grafts which are done in bulk. It was after liposuction was developed that surgeons started injecting fat into soft tissue defects and into wrinkles and skin creases. Often it was done to try and replace the fat back to an area where too much was removed by the liposuction! Instruments were developed to improve the delivery of the fat by injection, and a whole new field of plastic surgery began. Like all new technologies, most people decried the procedure as ridiculous, but those doing it seriously recognized that it worked, and in some cases it worked extremely well.

Over the decades, technical advances and scientific understanding of injectable fat grafting has progressed to where it is accepted by the mainstream of plastic surgery today as a powerful and very useful surgical procedure. Dr. Neurohr finds it to be the best volumizer of the face, and he has been restoring soft tissue atrophy, (loss of volume), by fat injections, with excellent results. since 1990 The main problem with fat injections is that it is not known how much fat will survive the transplant process and “take,” or live, in the new site to where it is placed. Much work has been done to maximize the amount of fat that will survive, because if it “takes” it remains there permanently as living tissue. Dr. Neurohr understands the importance of gentle harvesting of the fat. He centrifuges the fat to condense the living tissue cells, and discards the non functional portions. Then, he uses the richest fraction, which is composed of living fat cells, regenerative cell, and even stem cells for injection. He carefully places the fat into the anatomic areas of the face which need volume restoration by injecting thin threads, small beads, and tiny droplets at different depths, and from different directions to create a web type structure. This maximizes surface area exposure of the grafted material to the recipient environment which initiates a healing response. The magic of wound healing allows the injected fat to live in its new home. New buds of vascular tissue sprout and contact the fat grafts, and in some cases, connections are established. The fat grafts develop circulation, and survive. Those that don’t develop a blood supply fade to become a collagen wisp. An interesting observation, Dr. Neurohr has made in his many years of fat grafting is that the general amount of fat that “takes” is very consistent throughout an individual’s face. In other words, the left side result is very similar to the right side. He doesn’t see one side take and not the other. Also, because of the fine application of the fat grafts, there is not a problem with lumps and bumps.

There is some evidence that fat grafting can improve the skin quality of the areas where it is performed. One theory proposes that stem cells introduced actually rejuvenate the local tissues, but that remains controversial at this time. Whatever the reason, Dr. Neurohr is very enthusiastic about the effects injectable fat grafting has on facial rejuvenation because of the quality of the results. He finds it to be the best sculpting material for the face because it is the most natural in texture, consistency, and appearance. The potential pitfall Dr. Neurohr has seen is that some doctors feel that if some of the fat grafts are going to go away, then it would seem to make sense to overfill to counter that problem. So, they inject much more fat into the face than is needed, thinking that when the reabsorption of the non-viable fat takes place the amount of retained fat will be just the right amount. In many cases however, the result is a gross distortion of the facial features which makes the patient look bizarre because it is way over done! Dr. Neurohr believes that no face should be distorted in the process of facial rejuvenation. He fills the atrophic areas of the face until they look right, and may add a tiny booster to allow for some resorption. Never does he grossly overfill, however, because it has the dangerous potential of creating a severe identity crisis. Artistic judgement and experience are the key components to achieving the best, most natural results when restoring volume in facial rejuvenation, and that is why Dr. Neurohr excels in this work.